While most of our trip to Virginia Beach was met with rain and thunderstorms, we weren’t going to let that stop us from exploring. One area of Virginia Beach that we really ended up enjoying was the North End. We loved how quiet, secluded and nature filled the North End felt, and we ventured out there a couple of times during our week in town. Our first stop sent us on a hike at First Landing State Park through the lush swamps and forests along the trail, and our second visit led us to the Cape Henry Lighthouses. This area is definitely more laid back than the beach and boardwalk farther south, but it was a wonderful contrast that we thoroughly enjoyed. After a drizzly morning and a 14 mile fat tire bike ride on the beach and park trails, we decided to be ambitious. We made our way north for a hike at First Landing State Park, even though our legs felt as though they were about to fall off from the biking. While there are over 19 miles of hiking trails throughout the park, we opted for a shorter, but scenic option: Bald Cypress Trail. This trail is a 1.5 mile loop trail, and it starts after a short walk from the Trail Center. If you would like to learn more about the ecology and wildlife of the swamp, The trail Center has guides available for a small cost. We loved that this trail was a mixture of trails and boardwalks that wound through and around the swamps and forest. There were plenty of trees with Spanish moss dangling in the wind, mossy Cypress trees poking out from the swamps and a quiet that bordered on the side of eerie even though we weren’t far from the beach and nearby roads. I couldn’t get over how peaceful and relaxing the trail was when we visited. 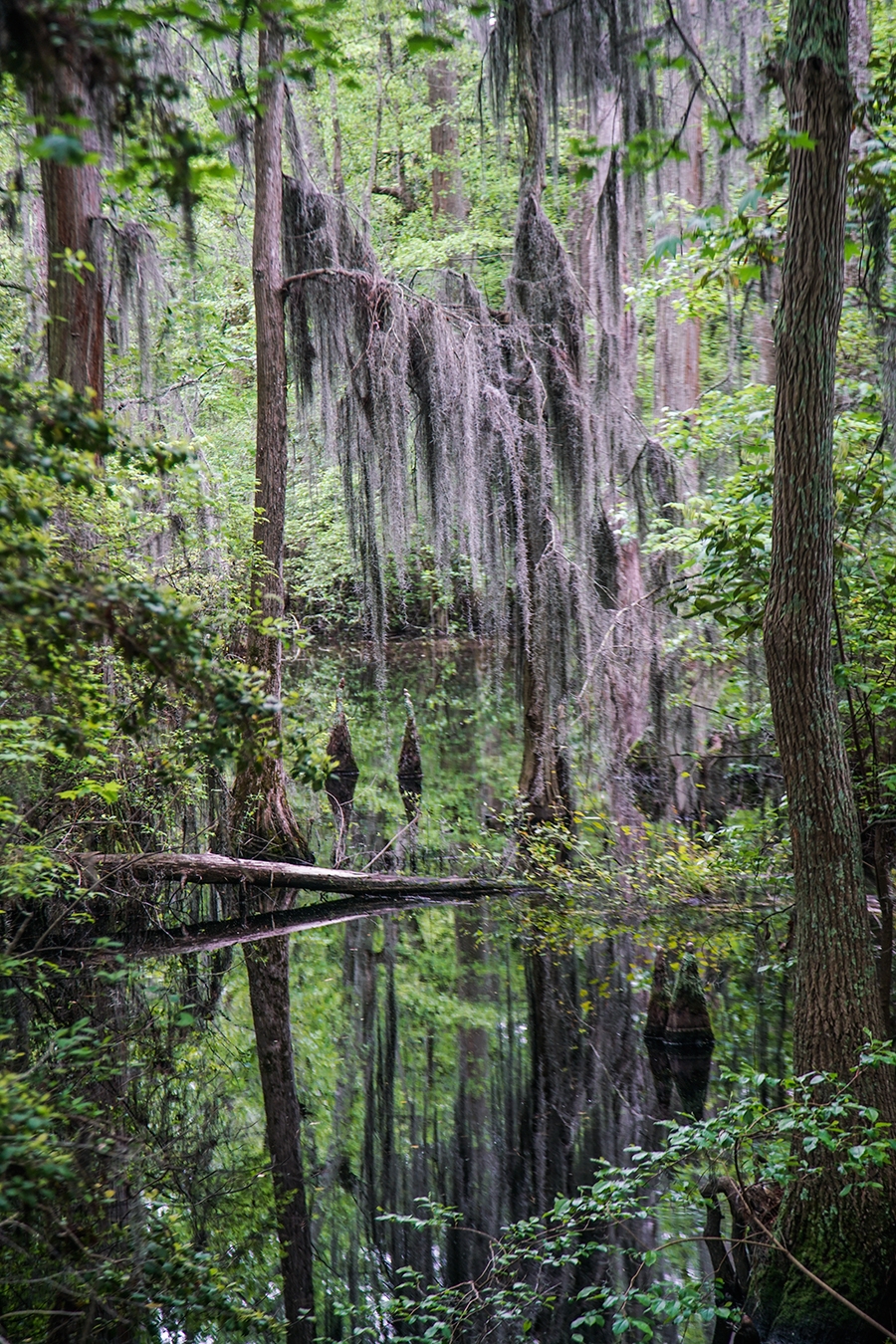 If we had more time to explore, I’d like to do some biking or hiking on the longer Cape Henry Trail and the Osprey Trail, but there are plenty of options to fit almost anyone’s preferences! We were hoping to visit the Cape Henry Lighthouses after our hike at First Landing State Park, but there wasn’t quite enough time for us to visit before it closed for the evening. Instead, we made our way to the lighthouses the next afternoon on our way to the airport. 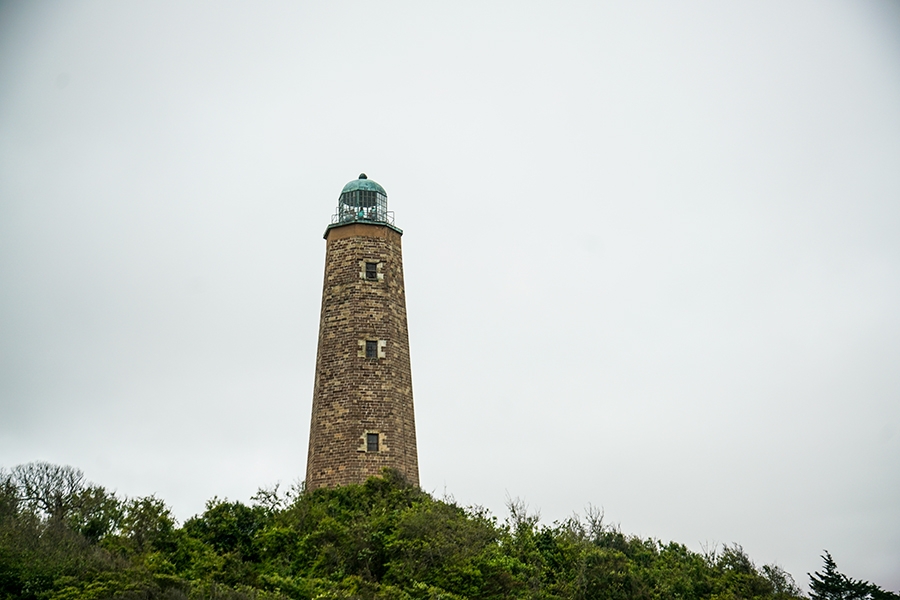 The lighthouses are located along the south entrance to Chesapeake Bay, and they mark the area where the English first landed in 1607. There are two lighthouses right next to one another—the first was built in 1792 and it is one of the oldest lighthouses still standing in the United States. The other lighthouse was built nearby out of cast iron and it replaced the first lighthouse after approximately a century of use. This older lighthouse is the one that can be toured today as the new lighthouse is currently in use and not open to the public. After entering the gift shop and paying for admission (around $8 per person), you can proceed out back and make your way up the stairway to the entrance of the old lighthouse. Reaching the top of the lighthouse requires a climb up the spiral staircase, but once you reach the top you will be rewarded with views overlooking the ocean and the newer lighthouse nearby. While we were standing at the top of the lighthouse, it felt like we were stepping back in time to an era where old wooden ships rode in and out of the harbor, and the gloomy weather we encountered created a fascinating backdrop to our quick peek into the history of the site. The lighthouses are located on the Fort Story military base, so you will have to provide identification and go through a security check prior to entering the base. The check only took us a few minutes, but do be aware that you may have a bit of a wait depending on the time you arrive.

Have you ever explored the Cape Henry Lighthouses or First Landing State Park?