It’s Friday again! That means it’s time for another #FriFotos, and this week the theme is Harbors.

One of my favorite towns in Minnesota is Duluth, which is located in the northwest area of the state right along the edge of Lake Superior, one of the Great Lakes.  The harbor in Duluth is accessible to ocean vessels from the Atlantic Ocean through the Saint Lawrence Seaway and the other Great Lakes.  There is a lot of cargo ship traffic in and out of the harbor, and if you time it right, you can watch the ships go through the lift bridge access.  The mechanics of the bridge make it fun to watch in action.

Many years ago, my aunt, grandpa and I ended up going on what was supposed to be a Lake Superior boat tour, but because of inclement weather, the waves were too big to go into the lake, and the boat had to stay in the harbor instead.  I was a little bummed at first, but after the tour got underway, my aunt and I realized that we had a better tour guide than we could have ever asked for, right there with us.

My grandpa knew so much about the harbor because he used to be a truck driver and delivered shipments all throughout the area for many years.  As we floated through the harbor, he explained what each area of the harbor was used for, what types of shipments he delivered to various spots, and he added in many of his own stories along the way.  He gave us so much insight to what he did as well as the ins and outs of the harbor–it was way better hearing his personal stories than anything a guide could have told us.  Looking back at this moment, I realize how special that time was to me, and I am so glad that we couldn’t venture out into the lake.  I had no idea we would get our own private tour at the front of the boat, but it will always be a memory that I cherish.

Here are a few photos from the Duluth Harbor area: 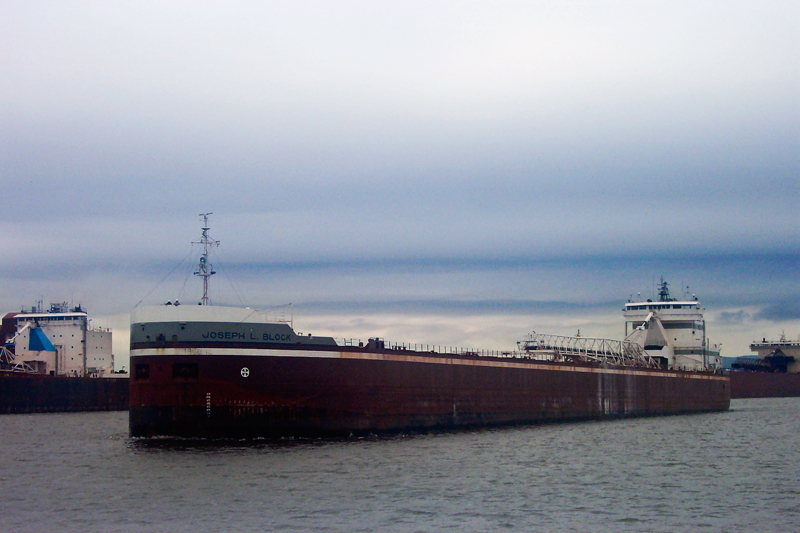